The Plantacion Del Sol project is located in Brgy. Pagaspas, Tanauan City, Batangas. This is an area whereby the integration of the works of the industrial zones is able to work well with residential enclaves of the city.

Batangas is a province that is located in the Calabarzon region in the Philippines.  About half of the terrain in the province is rolling while the rest of the terrain is hilly and mountainous. There is the Mt. Makulot which rises about 1145 meters in the central part of the province. There are also some attractions in the province like the world famous Taal volcano and the Taal Lake. The area is also said to be at the base of the Taal Lake and the huge volcano before the erupting of the Volcano. The province also has irregular cost lines which are dotted with cloves, bays, and peninsulas. The Verda Island and the Maricaban islands which are at the Verde Islands are currently still part of Batangas.

Most of the people living in the province are of the Tagalog culture. Also, the people there speak their language with a very distinct accent. The Batangueños as they are known to many, are popularly for their industrious endeavors as well as traders. There are a number of commercial centers in the country that have different establishments which are owned by the people of the Batangueños descent.

When it comes to industry and commerce, agriculture is known to be the primary activity of the population of this area. The major crops that are produced in the province are sugar cane, Palay, coffee, and coconut. The province is also known to be a major supplier of cattle in the province of Metro Manila. Also, the nearby coast and the lake are also a major source of fish.

Anyone who is planning on buying a home here should be sure that they are going to be living in a friendly and safe environment whereby they can be able to raise their children peacefully.

Some Of The Establishments Near Plantacion Del Sol 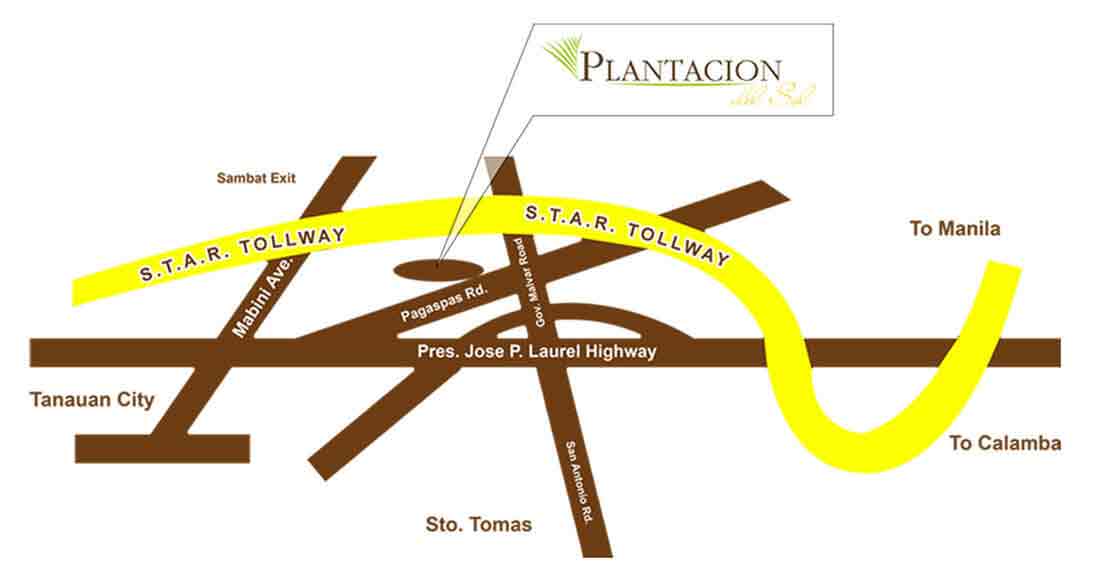